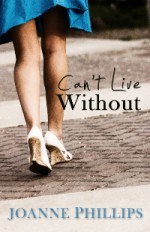 If you are a chick-lit writer, there are blessings and there are curses, from the book promotion point of view.

First, the blessings. Chick-lit is hugely popular. There are literally millions of women who read this genre, often voraciously, so there’s no shortage of potential readers. Plenty of these will be happy to read it in any format: hardback, paperback or e-book. Lots of women keep an e-reader in their handbag or have a Kindle app on their smartphone, reading to while away the wait at the doctor’s, the school gate or the hairdressers.

The curse of the chick-lit writer is that you are not alone. You are a minnow in a vast ocean of competition. Chick-lit novels by your rivals are everywhere, not only in a prime place in your friendly neighbourhood bookshop. A very select few populate the cut-price bookshelves of the supermarket; they’re given away free as cover-mounted gifts on magazines; they’re crammed into charity shops and remaindered bookshops. How’s a girl meant to sell her book around here? The chick-lit novelist has to work very hard – and smart – to secure even the smallest share of this massive market.

Get it right, and you’re on to a winner, because women who have enjoyed your book will almost certainly tell their friends, whether face to face over a coffee shop cappuccino or on Facebook, Twitter, GoodReads or whatever else is their favourite social network of the moment.

For a self-funding, self-published author, it would be prohibitively expensive to try to target the whole of this nationwide market – and that’s without a thought for the rest of the vast English-speaking, chick-lit reading world. So where should you begin?

First, stand back – and breathe. Try to distance yourself enough from your book to deconstruct your carefully crafted novel into separate strands. Then take each of these strands as a starting point to identify a small  and specific sector of the total market. Exploit each strand in turn for all its worth, before moving on to the next one. In time, those segments will add up to a greater whole, and word of mouth will carry news of your book further afield than you might imagine.

I’ll demonstrate just what I mean by dissecting one particular novel in this crowded genre: Can’t Live Without, the debut novel of Joanne Phillips. I’ll extract three separate strands below and bullet point the promotional ideas that they trigger.

The novel is set in Milton Keynes, and the author writes lyrically of some local landmarks that play key parts in the plot. Now, I think it’s quite unusual for an author (or indeed anyone) to declare such affection for this new(ish) town that so often serves as the butt of comedians’ jokes. (I come from another one of these myself – Sidcup – and I know how much I appreciate it when someone praises the suburb of my birth!) I reckon this theme would go down well with the local radio station, the local papers and with any official organisation that exists to promote the area as a place to work or live. So, task list:

Achieving any of these tasks will in itself  create another news opportunity, after the event, to be presented to the local media – so that’s a double whammy, then!

The heroine works in an estate agency and there are lots of scenes to do with housing.  It’s a more fun read than I’ve made it sound there, sorry! One of the key men runs a very successful agency and is far from being the flash stereotype in shiny suit and company car, speaking fluent euphemism. This portrait of the industry would be refreshing to anyone employed in it and I think they’d like to hear about it. Second task list: A residential smoke detector is the most familiar piece of nuclear technology for some people (Photo credit: Wikipedia)

The story opens with a house fire, gutting the heroine’s house but not physically harming anyone. Even so, this is an issue to be handled extremely sensitively to guard against upsetting anyone who has lost loved ones this way. The heroine then has to rebuild her life, starting off with the list alluded to in the title of the things she Can’t Live Without. I would avoid tackling the more serious issues involved here because it is a light-hearted novel, not an epic tragedy. But even so, I am sure that it could be presented in a way that would intrigue and engage people. Task list number 3: 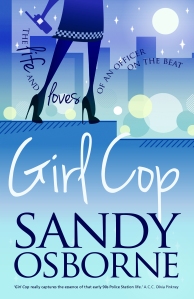 This is by no means an exhaustive list of the many facets of Can’t Live Without, and any decent chick-lit novel will offer up similar opportunities upon careful dissection. If your book is in this genre, I hope this case study will provide a useful template for you to follow. Treat the marketing challenge as a game of Cluedo. Think laterally.  Is your book a case of Colonel Mustard in the Library with the Revolver or Professor Plum in the Conservatory with the Lead Piping?

Once you start thinking along these lines, you’ll find it hard to stop. Supposing I tell you that a little later this year, the novelist Sandy Osborne will be making her debut with a chick-lit novel called Girl Cop, inspired by her own experiences as a police officer in Bath, where the novel also happens to be set? I think you’re getting ahead of me already…

Joanne Phillips’ debut novel, Can’t Live Without, is now available on Amazon, where it is collecting an ever-growing number of 5-star reviews. You can read her fascinating account of her journey from aspiring writer to published novelist on her website here.

Equally promising is Girl Cop by Sandy Osborne, to be published towards the end of 2012 by SilverWood Books. I’ll post a link to where you can buy this book as soon as it has been published!

14 thoughts on “The Challenge of Chick-Lit” 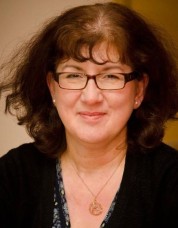 (c) 2010-2017 All material on this website is the copyright of Debbie Young unless otherwise stated. No part of it is to be reproduced without crediting me as the original author and adding a hotlink to this website.
%d bloggers like this: